Tell us a bit about Dear Seattle, how did it start and where did the band name come from?

Tell us a bit about Dear Seattle, how did it start and where did the band name come from?

It all started about 6 years ago playing covers of bands like Basement, Citizen and Title Fight, and jamming out originals that sounded exactly the same haha. We barely knew each other, in fact the only thing we knew really was that each member played the instrument they did and that we were all into similar music. Its all changed shape and sound over the years since then, but that’s where it all came from!

The name Dear Seattle is a reference to simpler times as a kid. I (Brae) spent a few years of my childhood over in the US, in Seattle and San Francisco, and I have such fond memories of it because it feels like life was just easier back then. Also a slight nod to the 90s Seattle grunge scene… 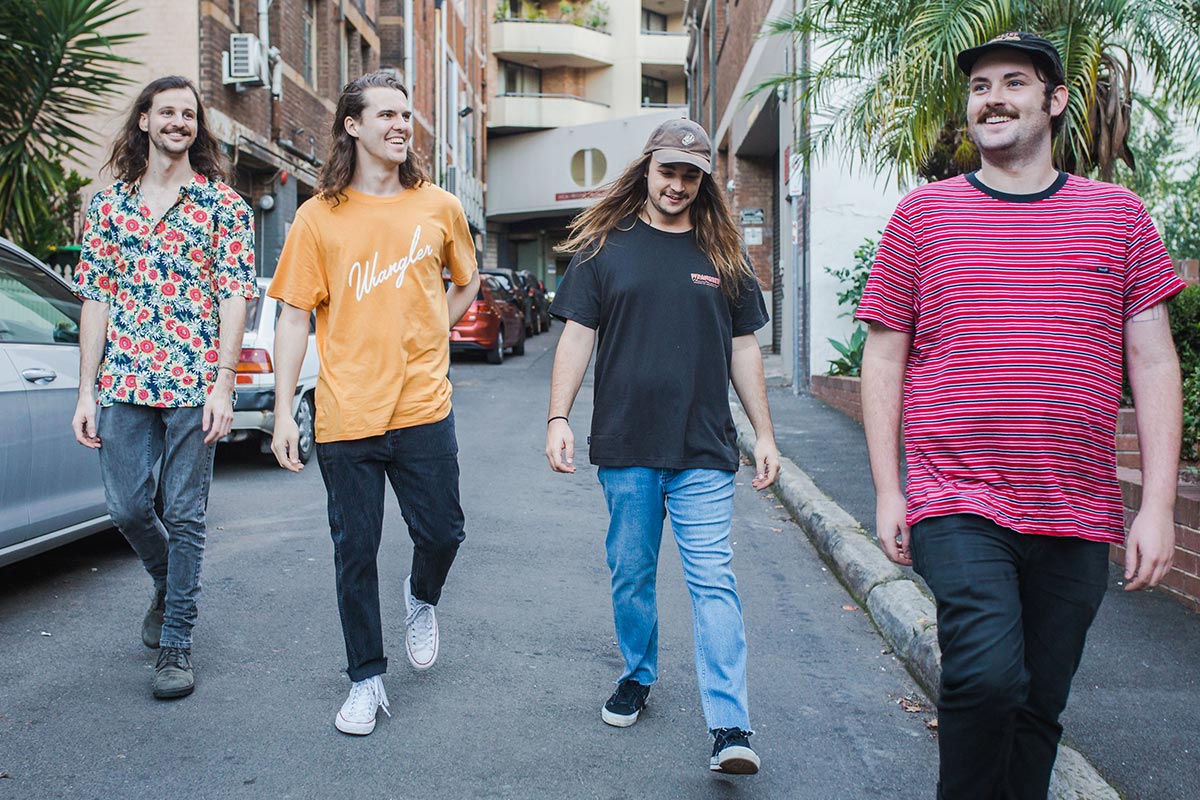 Describe yourselves in 5 words…

Where have your biggest influences and inspiration come from for your music?

I think it’s mostly come from a desire to do something real. Over the years we tried replicating our favourite bands and tried fitting ourselves to a mould, but we’ve come to realise that’s not what we want, and not what bands should be in it for. Funnily enough, ever since that decision, good things just keep happening to us! We want to write things that mean something to us personally, not pigeon-hole ourselves into a particular sound our scene, and just be as honest as possible in our song-writing and band demeanour – because we feel that’s what people can relate to best.

You guys have just wrapped up your biggest Australian headliner, congratulations! What’s it like to be on the road with DS?

It’s kind of hard to explain, but it basically involves quoting Adam Sandler movies non-stop, flipping off Oliver’s for selling a tub of green beans for $17, listening to true-crime podcasts, flipping off cows and sheep, eating Mac, talking about aliens or conspiracy theories, eating a shitload of strepsils, drinking tea and coffee and beer (not mixed together), and generally a whole heap of pointless conversation about nothing in particular at all.

Dream venue we haven’t played at would have to be Hordern Pavilion, but it’s always been a dream to headline at Enmore Theatre (despite having supported there). Dream festival would probably be Glastonbury, but Splendour was up there so it’s ridiculous to think that dream has come true! If you could be a part of any other band past or present who would it be?

Rage Against The Machine or Metallica

What is/where is something/somewhere new that you’ve discovered recently?

I’ve recently discovered the beef sirloin roasts you can get from Aldi. Seriously life changing. The marinade is delicious, it’s about $12 for a kilo, and it takes half an hour to roast to a perfect medium rare. Blew my mind how good it was! Also just learnt that if you microwave your chopped-up spuds in a bowl with glad wrap around it for 5 minutes, it’ll tenderise them and they’ll only take about 30 mins in the oven to roast perfectly as well. So the combo is top shelf!

The Spencer Chopped seemed to be the absolute favourite amongst the DS team, how did they hold up under the adversities of tour!?

It may seem like a lie, but our band is about being honest, so this is all legit. I am currently wearing them right now and they’re probably one of the comfiest pairs of jeans I’ve ever owned. Such a good cut for performing too cos they’re not too tight that your restricted, but not too loose that you look like MC Hammer. It’s a damn good set of slacks I tell ya! 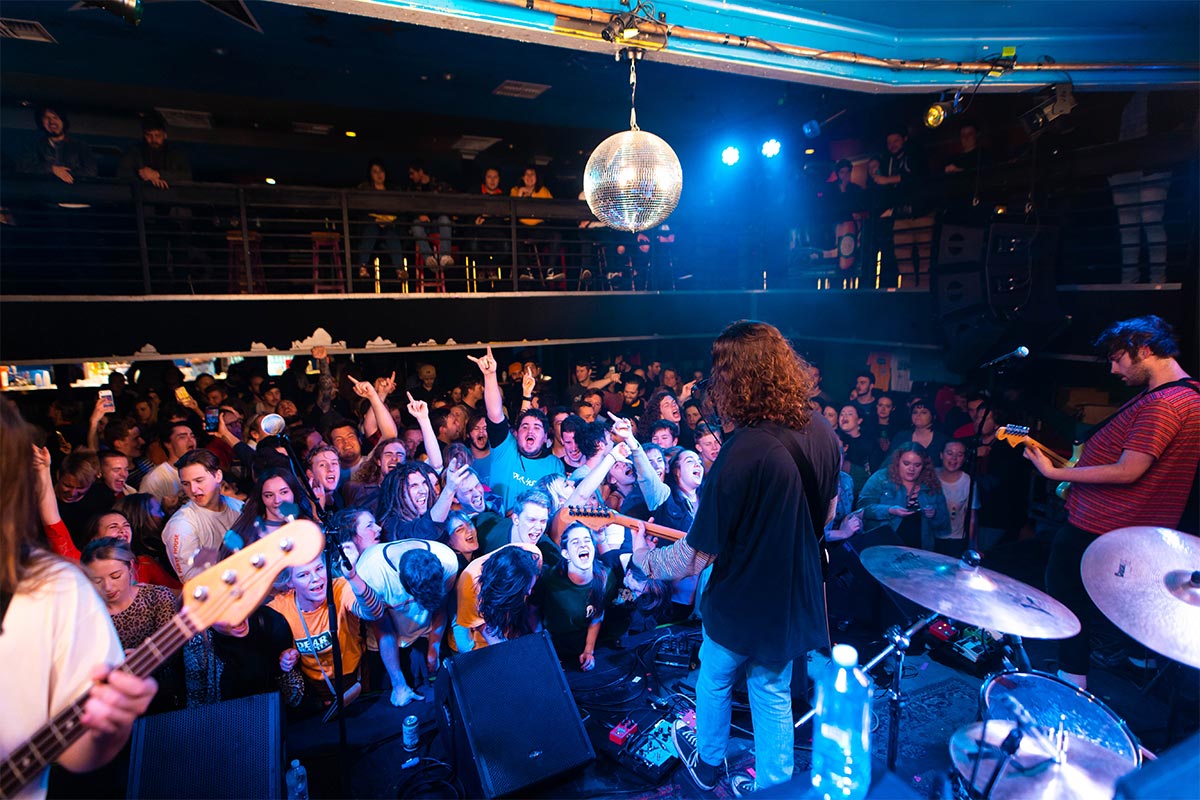 What does “Freedom” mean to you and when do you feel most free?

I probably feel most free when I am on a roll with writing music. There’s a bit of a flow state I often get into when writing where I forget to eat or drink all day and just keep churning with whatever idea I’m on until it’s finished. During that time it always feels like there’s no wrong steps, where I’m free to take the idea wherever I want it to go with no boundaries or hesitations.

Well the main focus has been Splendour at the moment! Having just come off the tour, we don’t have too much planned for the rest of the year – there’s a few things in the works that we’re really excited about, but the main thing will most likely be writing for album number 2!! 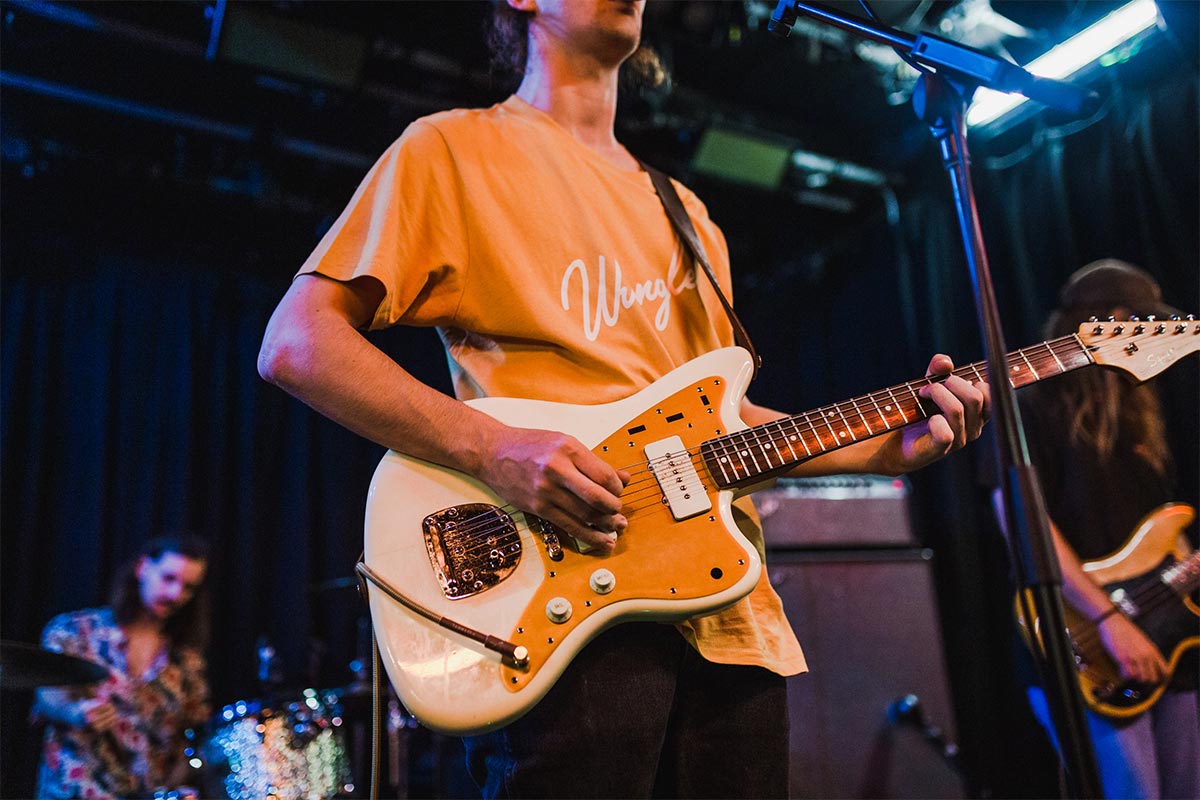